Why I Fired My Husband Dave

The last several weeks have been busy: moving to a new apartment, various public speaking events, developing the business, hosting visitors from out of town, managing a teething toddler in the throes of on-going growth spurts—you get the point! As the dust started to settle a bit, my husband, Dave, and I finally got the chance to sit down and discuss the next possible moves for our UnStuck Your Story work. Our plan thus far has been to get my one-on-one work with clients up and running, with Dave supporting from behind the scenes, followed by a shift of focus onto couple’s work, which we would do together. The recent launch of our business this past Spring was a big deal for both of us, but particularly for Dave, who had been desperate to leave behind an unfulfilling career as a chef that was pushing the 18-year mark. Thankfully, just before the birth of our son (almost two years ago) Dave was able to leave the restaurant industry and land a job teaching high school Spanish. We saw this new teaching job as an opportunity for Dave to transition out of the kitchen, giving us the space to focus on being new parents and create the foundation for taking the leap as business partners. We had big plans of doing couple’s sessions, retreats, and classes, of course, as a couple. But somewhere in our recent planning meeting we realized that Dave was still under the spell of his Fear Story. We were discussing when to launch our couple’s work and I asked Dave if he still wanted to do solo coaching with men as well. Dave said, “I have the suspicion that doing men’s work is still one of those things that I think I’m supposed to do, but don’t actually want to do.” This was a significant statement. Identifying the presence of a “should” has become an important red flag in our practice, which immediately alerts us to stop and investigate further. One of our commitments as entrepreneurs has been to cultivate and focus on the things that we feel passionate about, instead of getting bogged down with the things we think we “should” do in order to be successful. So I immediately said, “Great, then don’t do solo men’s work”. But before moving on to the scheduling of our couple’s work, I paused, looked at Dave, and intuited that something more was at play. So I decided to go big and ask the million dollar question, “And do you still want to do couple’s work together?” Dave paused, took a deep breath, and hesitantly said, “No.” I shook my head, (thankfully) smiled, and said, “You’ve done it again! You’re still trying to fit yourself into something that you’d be great at, but don’t actually want to do because you’re afraid to pursue what you really want.” As Dave mentioned in a previous blog post, he’s had a long, strained relationship with a story that “real work” in the world has to be practical and that following his passions is antithetical to the sober Protestant work ethic that he was raised with. Essentially, being a servant of this story has resulted in an unfortunate pattern of taking on jobs for which Dave has had no real desire, simply because they represented a “practical” means of paying the bills. And while following his heart would have meant pursuing his interest in the Spanish language, he lacked a clear vision of what that path would lead to and thus, couldn’t justify “blindly” investing his time in something that wasn’t grounded in a tangible outcome. So, to make a long story short, the idea of practicality and the fear of courageously pursuing his passion had once again tricked him (and now me!) into believing that the UnStuck Your Story work was what he should be doing. Even though from the outside, becoming an entrepreneur seems like a risky move to many, for Dave, it was still more practical than diving completely into his love for Spanish. When Dave and I got married, one of our commitments was to fully support each other in our personal growth and development, even when it means going in different directions. And while Dave’s intention to honor our plan to do couple’s work together was certainly noble, it’s much more important to me that he pursues his passion in life than go along with something out of a misguided sense of obligation or practicality. The cost of him living through his fear story is just too high, which is why I fired him right there on the spot. I realized that his attempts to follow the “practical” path were actually becoming very impractical for us by wasting precious time, money, and energy on endeavors that postpone moving forward with what truly lights him up. At the end of the day, I want Dave to be happy, and I know from experience that for him this only happens when he allows himself to embrace his creative passion. I also fully believe that trusting our inspirations and following our callings can be practical as well. For me, the UnStuck Your Story work is exactly that, but I also don’t expect that anyone else should share this purpose with me, and I certainly don’t want my or Dave’s work in this world to be comprised by fear or obligation. So, my takeaway from all this is:

Ready for a new direction? 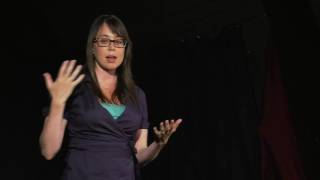